A special day at the company kindergarten

Glatt was spot on with the St. Nicholas gift

On Monday, 06.12.2021, the girls and boys went to the company kindergarten with particularly great anticipation. They had wished for something very special from Santa Claus. And the little ones were not disappointed: Reinhard Böber, Managing Director of Glatt Ingenieurtechnik GmbH, and his assistant Annette Rost visited the company kindergarten and of course brought presents. The joy was great when the children saw three boxes of LEGO building blocks and a small suitcase with doll clothes. Until then, they had only had one small box of building blocks, which often led to small conflicts.
The children thanked us with two songs and a self-designed winter landscape including an illuminated fir tree made of paper. The winter landscape and the gingerbread house from the previous year will of course have a special place at Glatt Ingenieurtechnik.
The company kindergarten in Weimar has 72 places. Six of them are occupied by children of Glatt employees. The facility is worth its weight in gold, Reinhard Böber emphasized. Glatt Ingenieurtechnik is currently once again increasingly looking for new employees. A company kindergarten that is open longer during the week than other kindergartens is of course a welcome benefit. 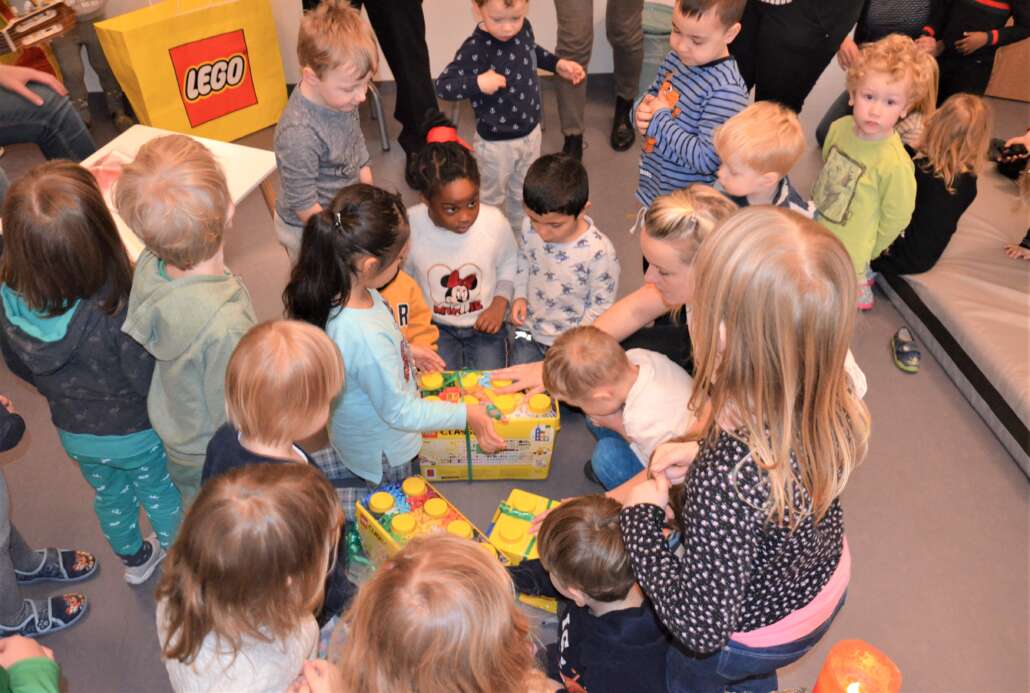 Partnership with the customer with enthusiasm and motivation
Прокрутить наверх